Colorblind, the final volume in the trilogy that began with Permafrost and continued in Mission, finds Tom in New Orleans, where two interlocking deaths and the trail of an iconic folk singer take him to the underbelly of the Crescent City. This time Tom’s hunches let him down, forcing him to face hard truths. 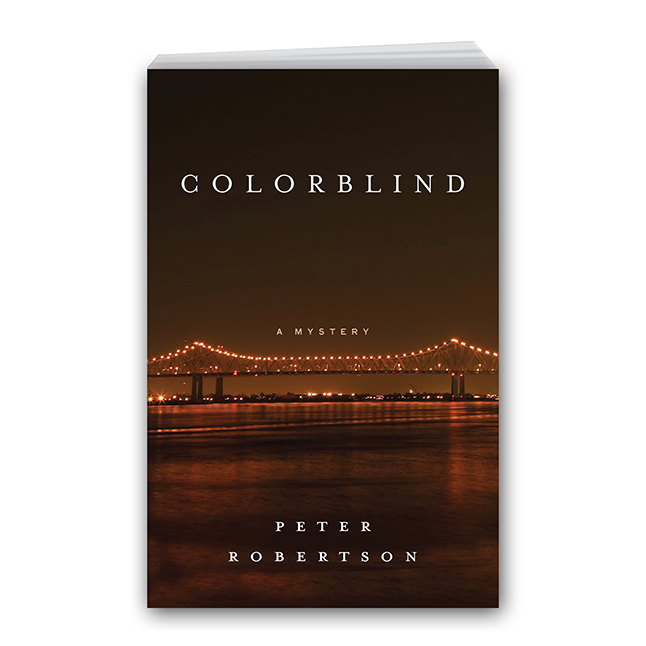 “Colorblind delivers “a mystery that’s even darker than [Tom] had imagined,” and confirms “Tom’s appeal [is] his tantalizing ambiguity.”

“Artful, realistic, and poignant in just the right places.”

The journey begins in the suburbs of Chicago. An impulsive act of theft coincides with a gentle and inexplicable death. A long drive south to Louisiana follows the trail of an obscure folk singer, drowned years back in trusted waters. And before all the connections between the two deaths can be revealed, a series of hunches will lead Tom to some dark and depressing truths about the nature of fandom and the fallibility of instincts.

In the previous Permafrost and Mission, Tom was hopelessly underemployed and terminally listless. As an occasional businessman, he easily found time to track down several killers in Michigan and Colorado, respectively. In this third and final work in the series, Tom is determined to find the link between a young fan’s death in the present day, and the older singer’s decline and death in New Orleans in the confusing aftermath of Katrina.

Colorblind looks at the city of New Orleans through the eyes of a seasoned tourist and explores music both as a means of salvation and a road to obsession. Tom finds the connection between the two deaths easily enough. The tougher question of why the connection exists is harder to answer. In the hunt for answers, Tom rediscovers his own love of music, his suppressed vulnerability and the realization that, this time around, not all his hunches are good ones.

Permafrost was greeted by ALA Booklist as “a strong opening act,” while Mission was hailed as “a successful follow up.” Bestselling author Doug Stanton (In Harm’s Way and Horse Soldiers) praised both books as a “superbly smart and addictive series.”

Colorblind brings Tom’s journey to a close, with taut crime detailing, vivid local color, and the astute character observation that fans of the first two books have come to expect from this author.