Nancy Burke answers five questions about writing Undergrowth, her “immersive debut novel.” A “compelling examination of family set in verdant 1960s Brazil,” the book explores a clash of indigenous and outside cultures and a struggle for control of natural resources amid complex relationships.

Is Undergrowth based on your own experiences in the rainforests of Brazil?

No!  I did visit the rainforest in Costa Rica many years ago, with my mother when she, like James in the book, was dying of cancer and wanted one last adventure, but never the Amazon. For one thing, regarding bugs and snakes, I’m really not a fan.  I’m glad they’re out there, of course, but I don’t like them on me, so the Xingu river would not be a prime destination for a vacation. And I barely have any camping experience at all. In short, I would make a very bad sertanista. That’s the beauty of writing fiction – I write so I don’t have to go there myself. 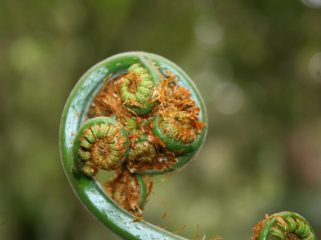 So what made you choose to set your story in the Amazon? You certainly didn’t follow that old injunction to write what you know.

The setting just came to me, based upon an image I remembered from graduate school, when I studied with Terry Turner, an anthropology professor. In one of the films he made, he was delivering an exhortation to a group of nearly naked dark-skinned men on Capital or Pedagogy of the Oppressed or some book in that vein, mobilizing them to head up to the World Bank to plead their case. The image just stuck. But I’m not sure I can say I didn’t write from what I know. I did study some amount of anthropology in my program in grad school, and did a fair amount of research and reading while I was writing. But most of all, I do have some real experience and insight into how people interact with the world around them, and how people’s personal projects lead them to get tangled up in issues that are way bigger than them, with huge unintended consequences.

You mention research. How much research did you do, and how?

I guess there are two considerations here:  The first is, how does one immerse oneself in a setting without bogging down the writing by imparting information rather than creating a world? The other is, how true, in particular, does a writer have to be to the depiction of an actual setting of deep emotional significance? I’ve never had a head for facts unless I’m using them for something, so it felt natural to read like crazy, about the people who live in that part of the world, about explorers and plants and, yes, bugs and snakes, and the political situation, and the kinds of cars and planes people were driving then, and what was playing in the movies at that time. And then I just let it all blend together in my head. After that, certain things would jump out, as if from nowhere because they were based on my impressions of the reading I did rather than on the reading itself, if you can see the difference. I would just become taken with a detail and try to use it as best I could. An example: I really liked the fact that Walt Disney was so invested in Brazil, having visited there on a goodwill tour in ’41, gathering images for his films. He created a lot of hoopla when he premiered Peter Pan down there – the first place it was shown outside the US. I liked the resonance between the culture of the tribe and that of the sertanistas, and between those groups and the Lost Boys in the movie. It was showing in the home cities of the sertanistas while they were out tramping about in the forests in some way acting it out.

About the second concern your question raises, I do think that writers have a special responsibility to respect certain facts, even in fiction, pertaining to topics of difficult political or social significance. People writing about the holocaust, for instance, can’t just make up stuff or exploit the setting to generate interest in the same way they can be fanciful with more neutral settings. And I do see what the indigenous groups faced, and the forest itself faced, and indeed are still facing, as a genocide. I hope I succeeded in creating a world in which the aggrieved could speak, and in which that speech maintained the integrity of the experiences of those speakers.

Is Pahqua a real language?

What do you mean by real? Do other people speak it besides me? I guess not. But I did take some time to create a rudimentary grammar and vocabulary, so that the phrases had meaning and weren’t just strings of random made-up sounds. I’m hoping that the reader will share the experience of someone who is dropped into this foreign world in which all the sounds are strange, and yet some begin to take shape and sound familiar. I liked the challenge of trying to think in a language based on verbs rather than nouns. I never really appreciated the extent to which English and the other major languages put nouns front and center. We think first about things, rather than about what they’re doing.

I’ve always been fascinated by the way languages obey the same laws of evolution that species do – they evolve, they spread, they become extinct. As the writer Lacan points out, language divides us and unites us, makes us foreign to ourselves and others, and also allows us to communicate, and thus links us together. Most of the characters in the book aren’t speaking their native language – they all come from somewhere else. One of them really has no native language at all – she has an accent in every language.

Your “day job” is as a psychoanalyst. Do you use your patients as inspiration for your characters?

You mean, in any direct sense? Never! The particular material patients present belongs to them. I’m just the midwife – it’s not my baby, and I don’t have a right to use it. While I think it’s really important that therapists write about their clinical work, and consult with others about it, this is in the service of doing better work for the people who consult them. It’s not for the entertainment value, or even the aesthetic value, that such personal stories can provide. One of the most important things we do as analysts is to create safe and impermeable spaces in which people can look at aspects of themselves they are scared to expose even to themselves.

But of course my day-to-day opportunities to witness in general how complicated people are, the extent to which their decisions are driven by parts of themselves of which they aren’t conscious, and how much sense they make, even when they’re at their most aberrant, how could that immersion not inform my view of what people are like? I listen really hard all day, five or six or seven days a week, to how people think, and am awed and inspired by how creative and meaningful their inner lives are, by how much their dreams and symptoms and fantasies express, and by how they manage to go on despite how hurt they all are, myself included, of course. I once read an article by someone who did squirrel autopsies for a living, some research scientist, and he discovered that on average, squirrels have endured seven broken bones by the time they die. So that’s us, walking around with broken bones inside, and still doing such amazing things.

Nancy Burke is a psychoanalyst in private practice in Chicago and Evanston, Illinois. Her poetry has appeared in After Hours, The American Poetry Journal, Permafrost, and many other literary magazines. Her first recording of original songs is American Goodbye, with a second due in 2018.  Undergrowth is her first novel.

Gibson House Press is an independent press based in Chicago with a focus on literary fiction by writer-musicians. 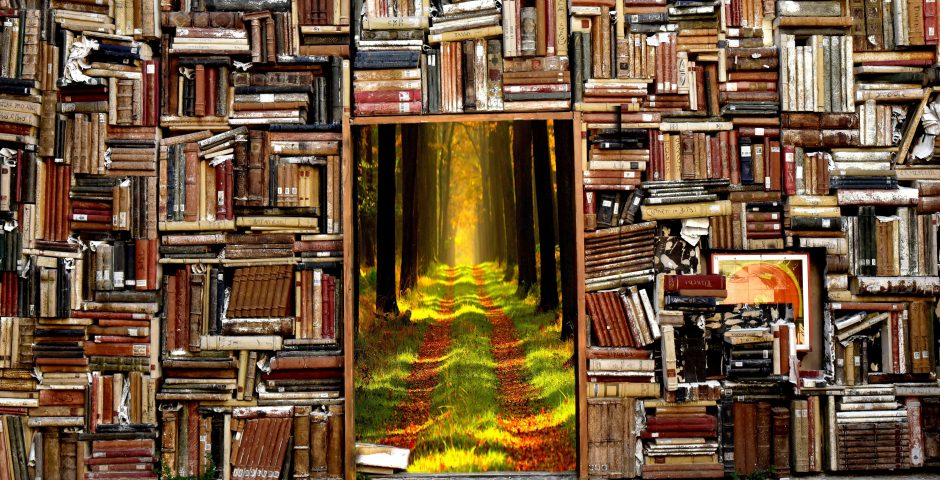